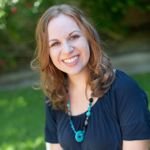 Sang Renee Fleming for her third encore in Boston. She chose Puccini’s delicious “O Mio Babbino Caro” from Gianni Schicchi to end her captivating performance.  As I sat in the audience listening to her sing, everything in the world just seemed right.  Renee Fleming has been a role model for me because of her rich voice and singing success since high school.  That’s what a lot of us think of when we think about singing, isn’t it? Singers. Gifted icons spewing forth their talent on stages around the world. And the fact that we connect people with singing is not a bad thing… in fact it’s very good. But I believe we should be thinking of more than just the famous few.

Before we go much further, I should probably tell you that some might label me as a singer. In fact, I went to college to sing. I’m a soprano, which, supposedly, can tell you a lot about my personality.  (Ha!)  I have enjoyed my fair share of singing wild runs in songs like “Mein Herr Marquis” from Die Fledermaus; I have tried my hand at singable melodies like “Un Bel Di” from Madama Butterfly; and I’ve even drawn a laugh with “Poor Wandering One” from Pirates of Penzance. Make no mistake, I have loved every minute of being on stage. When I perform for others, it’s like stretching a good muscle. As my friend, Megan, once said, “[there is a] part in all of us [musicians] that is fulfilled when we perform.”

I really do get quite a thrill from being on stage, but the layers of darkness that lurk in the wings deter me from getting there often. Not many people know that singing has almost torn apart my relationship with my husband. Twice. He is a singer, too, and with the two of us struggling to make something of ourselves, we have had plenty of ups and downs. Singers spend hours in pre-meditated, self-criticism while practicing their music.  Then, we hire teachers whose job it is to criticize from the outside.  And if we don’t find a nurturing teacher, we may be headed for some serious internal destruction.  (I had one teacher tell me that I was built fundamentally wrong as a person, let alone as a singer.) I found the auditions to be the most discouraging, though, because every person running an audition is looking for something different and the performer has no way of knowing what that is. I was always obsessing about whether I had a poor audition, or I lacked talent, appearance, acting ability, projection, etc. when the fact is… they might just have been looking for someone different. It became a head game, and I did not have thick enough skin to deal with it.  (My favorite was when I actually had a successful audition and the director called me into his office to tell me that I almost didn’t make it. Can you guess how that made me feel?)

Eventually, I realized that the cost of playing the game was not worth the prize. I didn’t relish feeling terrible about myself in between performances, so I stopped auditioning. Since then, I have struggled with calling myself a quitter – someone who gave up on her dreams  and never achieved her goals. But you know what happened?  I began to desire other things in life more than singing. New dreams emerged, and they continually make me smile. The dreams are about my family and finding deeper ways to serve others around me.  And, being married to a singer, I know that performing is not gone forever. It’s simmering on my back burner for when I am ready for it again.

In the meantime, my new dreams have brought about a wonderful, life-giving reason to sing: joy!  And when a person sings for joy, they don’t obsess about whether or not the people listening think they’re breathing correctly; they don’t worry about using proper diction, they don’t doubt their talent; and they don’t struggle with nerves. They feel free!

And, you know what else? I could have figured this out sooner if I had simply watched my elementary music students! They don’t know about our adult “don’t sing if you don’t have talent” code, so they go for it every time! It seems like Christmas morning when they realize there is a game that goes with the song they’ve just learned. Countless adults have come up to me and said, “Sarah, you’re so lucky.  I wish I could sing.” Good news everyone: you can!

Singing is not a talent thing, it’s a people thing! People are made for singing… we just need to find our reason to sing.  I think we should abandon our ‘don’t sing’ code, and trade it in for a new one… Just sing! “No,” say Kindermusik moms, “that can’t be right!” When I tell them that their child prefers to hear their voice over mine.  But it’s true!  It doesn’t matter that I have a degree in singing.  They want to hear their Mommy.  So sing your baby to sleep. Sing to accompany yourself as you dance around the kitchen with your toddler. Sing because it’s fun. Sing to your God. Sing to honor your country. Sing to play games. Sing to make people smile. Sing to make people laugh. Sing because you have a voice. Sing because the song is bubbling over. Friends, singing is not a talent thing… it’s a people thing.

Sings my 1-year-old son as he dances with Daddy around the dining room to Rig-a-jig-jig. I think he already has it figured out…