One more click and our vacation was booked. Our little family of four was headed to the beach this summer for the first time. At three and a half years old, Carson had never wiggled his toes in the sand or heard the ocean waves crash to shore. The closest he ever came to that was in the sandbox at grandma’s or through his sound machine he’d been listening to since infancy. Dawson (age 7) had been to the beach once before when he was two and a half years old. We took him for the same reason–to experience the wonders of Creation. At that time, it was a quick three day stay on the shores of Texas. So this time as we headed to the white sandy beaches of the Gulf, we had many reasons to be excited. Oh, the things we do for love.

Seems like everything we do these days is for the kids; the books I read, the food I buy, the schedules I make, and the vacations we take! Our planning actually started a long time ago when I began looking for my Creatures at the Ocean CD. That was the class we took with Dawson when he was two years old. I wanted him to be familiar with the sounds of the seagull and the sights of a crab so that when we arrived, he would be thrilled to see them leaping off the page and into existence. We drove with him in the backseat listening to our Creatures at the Ocean CD, requesting his favorites. We made many memories in those short few days and he still remembers that trip–especially the hotel. Now as we prepared for Carson’s first trip to the beach, I wanted it to be special. Yes, it was the “family vacation” for the summer but as a child-centered mom these days, it was also “Carson’s first beach trip”. I knew that Beach Days was our next unit in our Kindermusik curriculum and I was really excited. Oh, the things we do for love.

As I taught, I thought of the wonderful memories we could make and hoped the same for my families in class. Perhaps I was a little too excited as I demonstrated the crab walk or sang about wiggling our toes in the sand. I made sure Carson was in class for those weeks as we sang and played all things beachy. Between working myself and the 30 minute drive to class for Carson, I made sure that our family’s weekly schedule included Kindermusik. And if we were going to class, I wanted him to be familiar with the songs, which was the most daunting task. This meant, I had to put on my mom hat, pull up my boot straps and finally figure out how to get those silly songs off my computer and into the car! That used to be easy. I knew that if I didn’t figure it out and make it easy that 1) my child would miss out on the joy of Kindermusik songs on a daily basis 2) my moms in class might not ever figure it out either. Oh, the things we do for love.

Days before our departure I would get a burst of excitement and sing aloud, “We’re going to the Beach….for some fun in the sun!” I would be packing and burst out in song. Or big brother would tell Carson, “We’re leaving tomorrow!” and they’d start singing. Then before long, I would start the song and Carson would finish, “…for some fun in the sun!” What joy to hear that little voice sing with anticipation and gratitude. He calls the Octopus song the “Hula Hula” and he thinks the motor boat sounds like a pig. Oh, the laughs we had on our drive down to the beach as we listened to our favorite “Beach Days” songs. We drove to see friends on Sunday and stayed a few days. Then packed up again and finally we were headed to the beach. And of course, as we pulled away from the house, we broke out in song “We’re going to the beach”. You know, with children, it’s not cheesy, just fun and silly. 😉 Oh, the things we do for love. 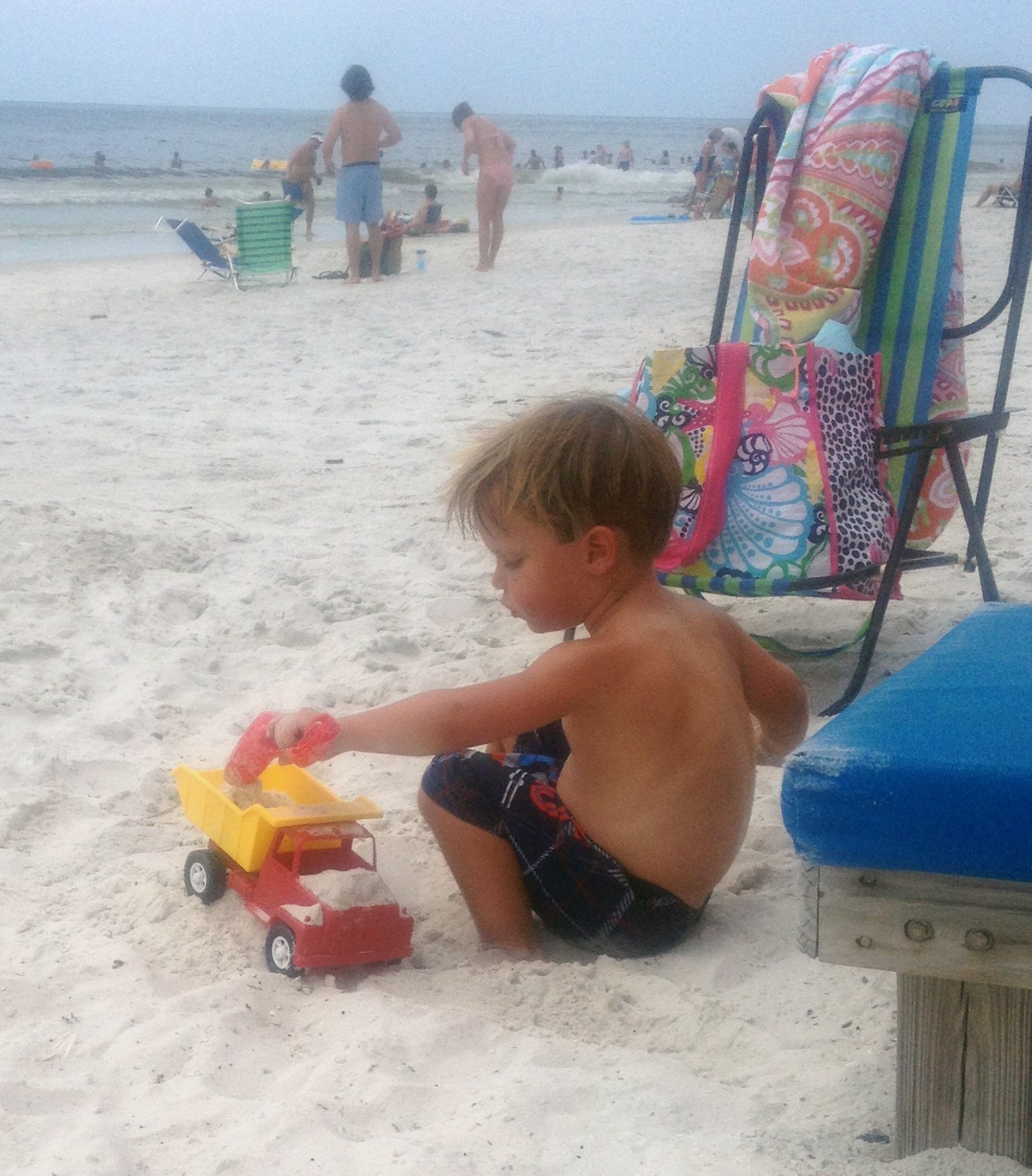 Late Tuesday afternoon we got down to the beach and the first thing he said was, “Oh, look at all the snow!” (Like I said, it was his first trip to the beach.) We had a wonderful time, memories made I hope I never forget with cousins, grandparents, perfect waves, and beautiful weather. I didn’t expect to be in the water so much (or buried in the sand), but oh, the things we do for love! I didn’t want to miss this experience alongside him. With every jump & splash, there was another smile & laugh.  Now, Carson can tell you that he loves jumping over the ocean waves, wiggling his toes in the sand, and building a sandcastle. 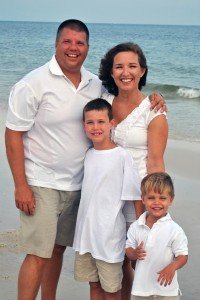 Among the many small toys I brought in the car for the 12+ hours we would be riding, was homemade egg shakers for the boys. Carson was shaking and tapping and Dawson created his own instruments out of blocks we had. We played a few of our favorites from “Beach Days” even as we drove home. They had fun and it was neat to see their creativity outside of a Kindermusik class but it was loud! Oh, the things we do for love!

This post brought to you by Miss Jennifer and her beautiful family.