Some say that our pets are our “first child”. For some of your Kindermusik Educators, they are the only child. Or they’ve welcomed new babies over the years. So here’s the line up of our SoundSteps “Teachers’ Pets”! 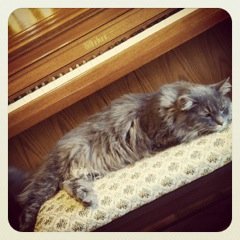 This is our fluffy gray cat, Theta, also known as Theta-Bear or Koon-bear. As a stray kitten, she followed my brother-in-law’s roommate the entire way home from a grocery store one day, meowing the entire time. My brother-in-law soon took her in as his own. When he moved to Hawaii a couple years ago, my husband and I became Theta’s proud parents. When we sing, she follows us around and meows until we pick her up. Then she just purrs as we continue in song. She is definitely a spoiled kitty. Ms. Jenn’s cat, Tabbie:
My little Tabbie once took a vacation all by herself. She snuck out one winter and hid in the neighbor’s apartment, behind his dryer for 3 days! When I returned from visiting my family in New Hampshire, I had to persuade her to come back. She was swiftly on my lap upon returning to our own home and cozy as could be. 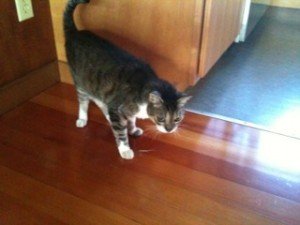 Got him for my birthday in the 8th grade (my birthday 3/21 is the same as JS Bach’s birthday, hence the name), and we just put him down a year ago.  He was living at my parents’ house in Honolulu.  He was a terror and gave several frequent visitors to our house a permanent fear of cats.  But we loved him all the same. 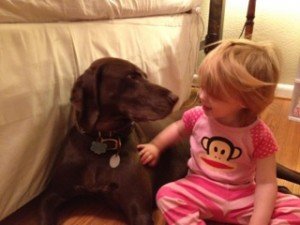 Boone is our German Shorthaired Pointer. He is 7 years old. Jason got him in college when we were dating. Caroline likes to ride him like a horsey and feed him her dinner.  🙂 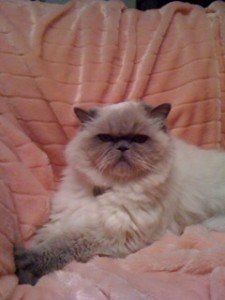 Pre-marriage, Robert and I each had a cat. I adopted my “baby” Fusto when he was 2 1/2. He was “free” because he had so many issues that he could no longer be a breeder and he’s been a high needs boy ever since. His name is Italian slang meaning “Hunk” and although I had him fixed, he still knows he’s quite a stud. 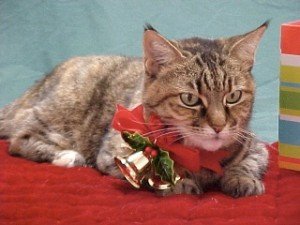 Robert’s cat was named Reina before he adopted her but he renamed her Macarena, appropriate for the mid-nineties. She was a normal cat, sweet and gentle. We lost her to liver cancer last spring. 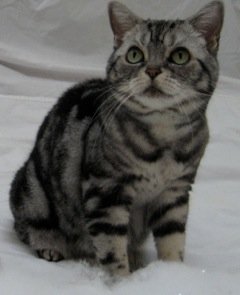 Then we adopted Dolce, Italian meaning “sweet” but we should have named her “Sloth”. Although she’s perky and playful, her favorite thing is finding high spots and drooping her body over them for hours on end until she’s absolutely famished. She’s a snuggler at bedtime, though.