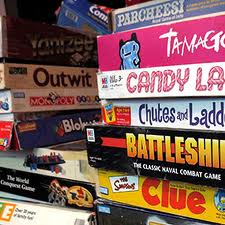 Every year I wish I had a catchier name for it. Something that rolled off the tongue a little easier, something that rhymed, maybe a clever acronym, but every year for the past seven years, no matter the title, we as a family celebrate (yes, celebrate!) a screen-free February.

Insert husband and children rolling their eyes here, because this was and still is my crazy idea from start to finish. It came about seven years ago when my children were seven, four and one-years old. To be honest, it was probably more for me than anyone! Blogs and Facebook were my time-suckers then. Our kids weren’t on the computer very much, we didn’t have smart phones, there were no iPads, we even just had basic cable, so the most popular channel was PBS! I had pretty much adhered to the “no screens before age two” rule for the most part, although, you know how subsequent babies are exposed to all kinds of spillover exposures like TV, having to sleep through a sibling’s melt-down, etc. But, I still felt like computers, TV shows and movies had somehow inched their way into our lives in such a way that made all of us more dependent on them and made transitions away from them more and more difficult. One episode of Word World turned into two hours of back-to-back shows. I started to see that on the days that involved a lot of screens, asking them to do the next thing (clean up, snack time, errand time, nap time) resulted in some sort of non-compliant response AKA classic toddler throw-down. Now that they are older I see that play out in different ways. This is my own interpretation, but I think that when they get in the habit of clicking a button and getting an instant response, they expect that in their surrounding people, too. When they do not get the desired response, they are easily frustrated and forget how to solve human problems with human solutions. Maybe I do, too! We become good at what we practice, and our daily interactions are not immune.

Screen-Free February is one month where we hit the reset button and go cold-turkey with all screens used for recreation and entertainment. My husband and I will restrict our use of the computer to work-related email correspondence. All three of my children have occasional computer-related homework that is required and allowed. But, no Facebook, no iPad Monopoly, no Words with Friends for us. No Lego.com, no Wii, no Nintendo DS, no My Horse, no Disney/Nickelodeon/Cartoon Network for the kids. That’s a lot of screens to manage! It’s when we quit the screens that we realize how much of our time is spent in front of those screens. They first three days are detox days, for sure! We all are a little crabby about it. We’re confused. We’re a little lost. But then, the puzzles come out, the card games, the coloring pencils, the Lego bins come into the living room. And we talk! We discuss! We relate! We create! We read! We play music! We listen to music and we find a new, peaceful rhythm. Last year, my son and I spent three solid days sorting and building our Lego creations–and we loved it! When the kids went to bed, my husband and I would play a game of Scrabble and then go to bed early. Can’t you just see our brains healing? Less cheap input and more quality sleep.

While the kids say they don’t need it and dread it, I see that each year they fight me less and less. They are remembering that the time we spend together in February has a different flavor. They see that moderation and discipline have a value in their lives. It’s a certain kind of slow-down that I never regret and find that I anticipate with a little nervousness, but mostly excitement. When February is over, it always take a few weeks to even remember all of the screen options that we have! Of course, being creatures of habit, it slowly creeps back in, but our screen-free-edness lasts at some level for a good, long time until February rolls around and we hit reset, again.

Miss Lisa’s series on Less Screen Time More Face Time has really been valuable. And, while you may not agree 100% with all of them, each one has given us a lot to think about and a lot of good ideas to try on for size. Whatever your view, the key is to be intentional. Assess your situation, ask yourself why you do what you and what you would like to do better and start with one next-step. It’s never too early and it’s never too late.

This post brought to you by Jenny Leggett, who always gets a little jittery thinking about February around the corner. 🙂