You’ve been hearing a lot lately about the Screen Time Warnings from the AAP.  These warnings are not actually new information, just a revision of guidelines originally set in 1999.

Although screen time is not something we discuss in Kindermusik class, we always support the best ways for parents to connect with their child so with that in mind, we are going to review this warnings and what it really means for you and your children. This is a series with four more posts, so be sure to read them all over the coming weeks.

Furthermore, the AAP states that “Media use has been associated with obesity, sleep issues, aggressive behaviors, and attention issues in preschool- and school-aged children.”

And perhaps even more distressing for our littlest ones, “Children younger than 2 years who watch more television or videos have expressive language delays.” 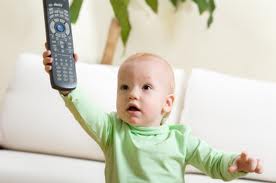 Other obvious cautions to note:

But what is truly at issue here for your child is not only what is coming at them on a screen, but also about what they are missing when they are focused on a screen. Of course there are some really entertaining programs for children, some fun apps, and if nothing else, some great animal sounds and videos on YouTube. But is that the best choice at this time for where they are developmentally?

I think everyone would agree that our children will eventually need to know how to operate a computer or iPhone or iPad, but how soon is too soon? I would venture to guess that most children over the age of one can already operate many electronics simply from watching adults use them. Most children don’t need to be taught how to use a mouse or swipe a touchscreen. They study everything we do! They already know how to do it before they’ve even touched it.

Knowing what we do about development of the brain and the body, I am in agreement with the AAP that screen time (TV, iPads, iPhones, and more) should be prohibited for children under age two and restricted greatly for children older, at least until age five.

In future posts, we will delve further as we dissect the AAP warning:

This post brought to you by Miss Lisa who loves to sing and play with your little ones each week!