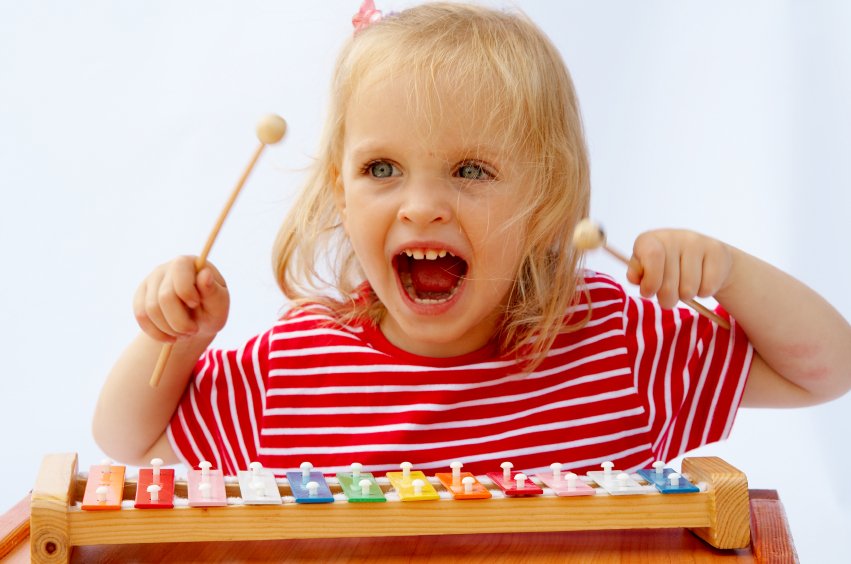 I’ve had my share of moments when I’ve told a child, “Stop running” or “Don’t touch.” But I am proud to say most of those moments are in the past because I’ve learned that those directions are essentially meaningless to a child. Sure, you want your child to be able to comply and follow verbal directions, but using the words “Stop” and “Don’t” are almost always doomed to fail.

There is a secret all good preschool teachers know. (Haven’t you ever wondered how teachers get kids to do things moms and dads can’t?) It’s not secret. It’s all about the power of self-awareness.

Children lack overall self-awareness of their own bodies. Years of working with  toddlers and preschoolers have taught me that you can ask a child 100 times to stop running and the child either never hears you or chooses to ignore you. This is usually wrongly interpreted as blatant misbehavior. “Need a timeout?”

I propose that 99% of the time, a child is not ignoring you. Instead, a child who is told to “Stop running” doesn’t actually stop because she is not even aware that she is running in the first place.

See, children, most of the time, are completely unaware of what their own body is doing. (Thus the need for diapers, among other things.) So the key to getting a child to “behave” is to make him aware of what he is doing so he can then understand how to change it. Honestly, it’s really that simple. 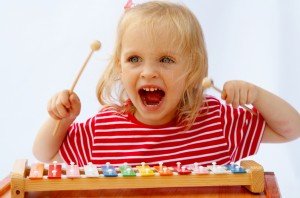 So here’s how it goes: Your child is at top speed. Instead of “Stop running!”, try “Anne, your feet are running. Can you make them walk?”
What will you see? Anne might actually stop and look down at her feet as if to say, “Oh, there they are.” Suddenly she has control of them. Carefully, she’ll teach herself to feel those feet internally and adjust without direction.

Or another scenario: Your child is touching another child during storytime. Saying “Don’t touch her” is probably useless. Your child probably doesn’t even know he’s touching anyone else. Instead, try “Your hand is on Andrew’s knee.” The child will likely look down and see his hand touching another child (awareness leads to self-regulation). Then you can move on, “Andrew doesn’t like his knee touched today. Can you put your hands your own knees?”

Please understand, I’m not talking about never saying “No” to a child or always phrasing things in the positive form. Indeed, children need to hear a sturdy “No” and there are many circumstances when the only word to be used is NO. I’m referring to a completely different tactic that will change how your child responds to directions when corrections are necessary.

Also, keep in mind that because children are very visually oriented, often the best way to get the behavior you want is to get on a child’s level with eye contact and modeling. What has to happen first and foremost is to gain a child’s attention by interrupting the “picture” he sees.

Children see exactly what’s in front of them and they’re just going for it, full speed ahead. Whether engaged in a book or moving as fast as they can without a crash, they live in the moment. Your job is to help them see the bigger picture, specifically what their very capable body is doing, and self-regulate through awareness.

How have you helped your child self-regulate by creating awareness for him or her?

This post brought to you by Miss Lisa, who is fairly fluent in toddler-speak–and learning more all the time. 🙂