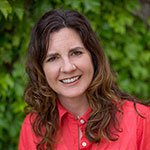 Le’Shea began teaching with Purple Nest in 2001. Her previous teaching experience including teaching preschool and leading a children’s choir. Prior to becoming a Kindermusik educator, she was a software instructor at Southern Methodist University. She holds a Bachelor of Science in Interdisciplinary Studies.

Le’Shea and her husband Mark have two children, Virginia and Christopher, who have enjoyed Kindermusik their entire lives. 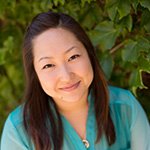 In addition to teaching Kindermusik, Betty is a classical flautist and an Elementary Music Specialist with Richardson ISD at Forest Lane Academy. Her Bachelor of Music Education, with emphasis in elementary music education and flute, is from the University of North Texas. She has completed Kodaly and Orff Certification.

Betty grew up in New Orleans, but moved to El Paso, Texas where she began playing the flute and studying music in public schools.

At Miss Betty’s Kindermusik classes, parents and children are encouraged to experience and explore music through singing, dancing, and playing to foster a love for life long learning. 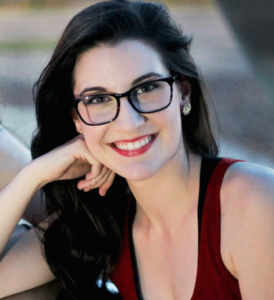 Sarah is a lifelong lover of music and singing.  She graduated from Baylor University with a Bachelor of Fine Arts in Theatre Performance.  Since then, she has performed in numerous stage productions in the Dallas area.  Along with her performance experience, she has taught elementary-age theatre classes and led several art, music, and theatre camps.  Sarah delights in sharing the joy of music with young ones and their families, and knows how vital a role music plays in development and learning.  She is thrilled to be involved with Purple Nest! 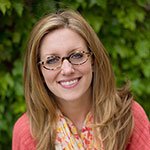 Jenni began teaching Kindermusik in 2008.  Her musical experience also includes being the music specialist at Lake Highlands Elementary in Dallas, TX.  She holds a Bachelor of Music Education degree with a vocal emphasis from Hardin-Simmons University.  Jenni is married to Jason Purser and they have two daughters (and life-long Kindermusik students) Caroline and Cate, a new baby and a dog, Boone.  Jenni enjoys singing, dancing, playing, and laughing with her Kindermusik families — both children and parents! 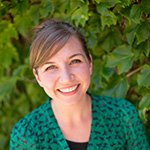 Heidi is an avid performer of both opera and musical theatre.  She holds a Bachelor’s degree in Music from the University of North Texas and a Master’s degree in Vocal Pedagogy from Texas Woman’s University.  Heidi began teaching private voice in 2006 and her passion for sharing the art of singing led her to a love for Kindermusik.

She is a member of the National Association of Teachers of Singing and enjoys reading about and researching vocal pedagogy for contemporary commercial voice and historical vocal pedagogy practices.  She lives in Dallas with her husband, Chris, and sweet pup, Scout. 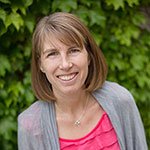 Hope Webster is a Michigan native and has taught for Purple Nest since 2005. She has, however, been both a Kindermusik mom and Kindermusik educator since 1996. Her oldest daughter was 2 years old when she first attended a Kindermusik class and loved the curriculum. “It was a wonderful mixture of playing with, singing, cuddling and teaching my child. We shared the joy of music together.”

She has had the privilege of sharing that experience with each of her daughters in addition to teaching Kindermusik classes in a Maestro studio in Michigan that is similar to Purple Nest.

Hope holds a Bachelor of Science degree having double majored in Special Education with an emphasis on Mental Impairments and Psychology. Prior to being a mom to her daughters Angela, Lily, Robyn and Starla, she was both a teacher and social worker. Now she is a homeschool teacher to her children.

Her musical background includes playing the piano and flute as well as having served in the children’s education preschool music program in her local church. 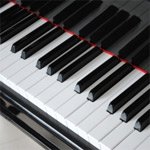 Barbie has worked with Purple Nest for 10 years, teaching private piano lessons and group summer camps. She holds a Bachelor of Science degree in Elementary Education from Baylor University with minors in Art and Earth Science. She is a part time elementary teacher and freelance artist/illustrator, specializing in personalized and whimsical designs, mostly for children.

Barbie began playing the piano at the age of 5 and continued studying for about ten years, participating in numerous festivals and competitions. She auditioned for and studied under Dr. Isabel Scionti, renowned concert pianist, as a child in Denton. After some college instruction, Barbie continued to play for personal enjoyment and fun, playing at times for several churches.  She has a lifetime love for piano and introduced her own daughters to the piano.  Barbie also played the drum and other percussion instruments while growing up.

She is most proud of her two daughters: Courtney, an R.N. married and living in Dallas, and Jordan, a film graduate currently living in Los Angeles.  Both daughters share her love of music and art. Barbie lives at home with her husband, 2 dogs, 2 cats and a hermit crab.

Alyssa graduated from Colorado Christian University with a bachelor’s degree in psychology.  She is currently studying at Dallas Theological Seminary to earn her counseling license.  Having grown up around music, Alyssa has always had a passion for it.  Her music experience includes choir, piano lessons, guitar lessons and voice lessons throughout high school and college.  Music has always found a way into her life, whether she is participating in a choir or playing piano for her church.  Alyssa enjoys sharing her love of music through teaching piano lessons for Purple Nest.